Many popular network models rely on the assumption of (vertex) exchangeability, in which the distribution of the graph is invariant to relabelings of the vertices. However, the Aldous-Hoover theorem guarantees that these graphs are dense or empty with probability one, whereas many real-world graphs are sparse. We present an alternative notion of exchangeability for random graphs, which we call edge exchangeability, in which the distribution of a graph sequence is invariant to the order of the edges. We demonstrate that edge-exchangeable models, unlike models that are traditionally vertex exchangeable, can exhibit sparsity. To do so, we outline a general framework for graph generative models; by contrast to the pioneering work of Caron and Fox [12], models within our framework are stationary across steps of the graph sequence. In particular, our model grows the graph by instantiating more latent atoms of a single random measure as the dataset size increases, rather than adding new atoms to the measure. 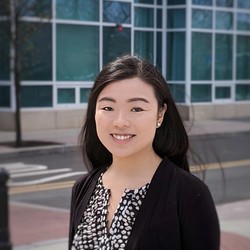 I am broadly interested in machine learning and statistics, and in particular, developing robust and reliable methods for modeling and inference.